Little Update from Me

Hi all, Its me, Mum in a Hurry. I'm sorry there hasn't been a new blog post since May. It really is rather rubbish, isn't it. Well, the truth of the matter is that its just me doing it now - we used to be 5, but now we are just one. Just like the Spice Girls (did once), we have all gone our separate ways - although in this case there really wasn't any big falling out. The others all decided that they didn't have time along with family and work commitments. But I'm still here, do not fret! I'm definitely not Posh Spice... too fat. Definitely not sporty spice. For obvious reasons. And I'm not a read head so I think I'll have to be Baby Spice. Sweet (hopefully), friendly and down to earth! AND I can sing! Yay!

I'm not as good at sticking to a routine and my posts may not be as organised and with as many pretty pictures as before (I'm not good at that stuff, if you get a post at all, it'll be whatever I can throw together in a short time and good enough will have to be good enough). But hey, I'm hoping you don't mind. The main thing is that the #pbloggers chat goes on every Sunday night between 9 and 10pm. Which it seems to do even when I'm not here. So thank you all of you for being so brilliant!

Last night's chat was about Social Media - what you use, what you like, what you don't like.... I missed the end of the chat due to going outside to spend some time with hubby on the decking and my data had run out and so O2 were throttling my connection and I can't get wifi on the decking, so I caught up after I was in bed. However, the gist of the conversation was that the main social media platforms used are Twitter and Facebook. Some people preferred one over the other. Some were concerned about Facebook's new algorithms (not sure what that means....) which results in not all of your posts being viewed by all of your fans (or likers). I personally have found it very hard to get Facebook likes, while I have 2000+ followers on Twitter. Not saying that all of those followers hang on my every word or anything, but it is quite a difference. I think Twitter is generally more of an "arms wide open" forum, whereas most people I know (including myself) see Twitter as a personal social management tool - where you communicate with friends and family. Many people found it hard to get their heads around Google+ and Pinterest, but it was mentioned by some that using these media can help you increase hits on your blog.

A few of us from the group are having discussions about where to go forward with #pbloggers. Its great as just a Sunday night chat, but I (and the others in the group) see so much potential for it as a parent blogger network - not just mums, but dads too! Something maybe aimed at us newbies (as most of us setting it up are fairly new to blogging) but definitely with something to offer for everyone. We had a discussion about how to move forward with this on Sunday before #pbloggers started and we will continue to work together to get this project moving. Hoping to be inviting you to join us on a new website in the not so distant future. 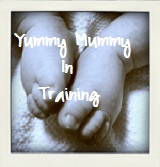